Here’s a little something for Halloween!

Luke Chueh‘s paintings astound me. Glancing at the thumbnails, I thought they might be overly sweet and sentimental – ha, nothing could be further from the truth! 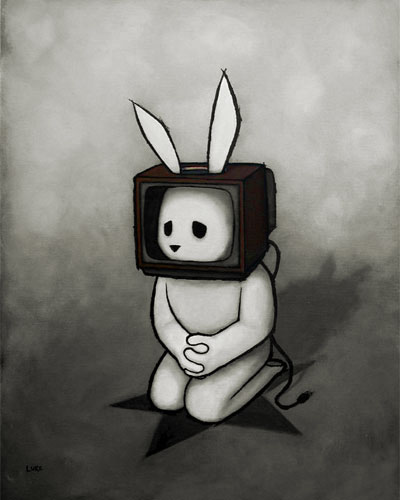 Obviously many of his paintings – with their cast of sad bunnies, worried chickens, disturbed monkeys and world-weary teddy bears – explore horror and the darker side of childhood. However, what takes his work up to the next level for me is the expressions on his characters faces; there’s such pathos there but described with such precise and retrained economy. There’s always been something a little tragic about cuddly toys and he exploits this to the full, but his twisted, and often very silly, sense of humour usually stops his work from becoming maudlin. On a technical level, I love his pared-down palette of sombre colours. 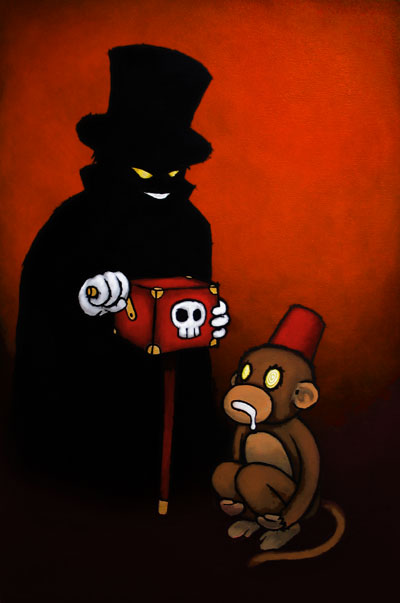 His work is sometimes available as prints from Munky King and he’s definitely on my list of ‘artists whose work I want to own’.