Whilst reading this month’s Art World, I noticed that two of the artists I was most taken with were both shown by the Kate MacGarry gallery in London. It turns out that the gallery has quite an interesting roster of artists, including several who use fabric in a fine art context, which is always good to see. However, the artist I am most impressed with (and the reason I bought Art World magazine in the first place) is Matt Bryans, a London based artist who works with simple everyday materials like newsprint and aluminium foil. 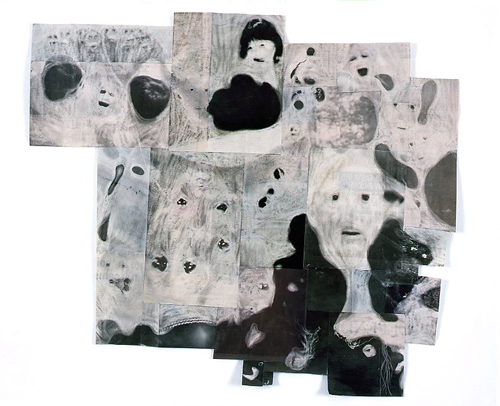 I wish I’d made these incredible erased newspaper works. Bryans collects discarded newspapers, cuts out the photos and then partially erases them. The combination of the act of physically erasing – a process that’s been interesting me for a while now – with the intrinsically ephemeral nature of newspapers on their daily journey into oblivion is very seductive to me. I love the idea of taking paper that is already thin and cheap and making it even more fragile by rubbing away at it. A bit of an art conservationist’s nightmare, of course, since woodpulp newspapers are notoriously weak and filled with acid but how wonderful that the results are these visually strong, hauntingly strange and eerily poetic works. 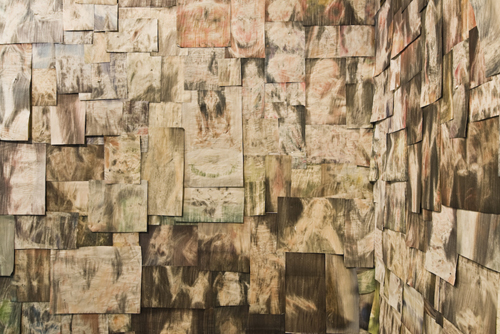 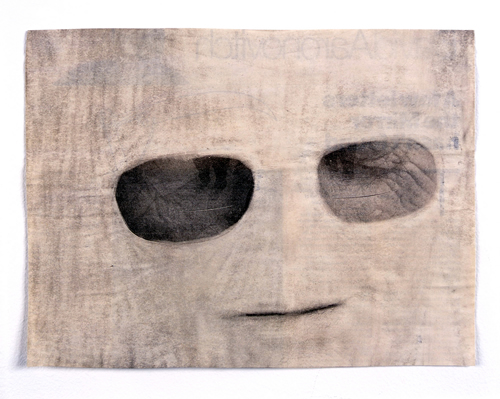 Looking at them, I was reminded of the cultural violence of the Reformation which destroyed so much Catholic art in Britain and remains a huge scar across British art history. It’s not unusual to visit churches and find empty plinths where statues of saints once stood or sculptures and paintings where faces have been scratched or chiselled out or painted over.

Bryans is clearly a very process-based artist – his huge rolled ball of aluminium involved four people rolling a massive 27km of foil for 8 days, apparently it was quite difficult to stop it forming a square. I love the absurdity of taking metal that has been deliberately made into thin sheets and then reforming it into a large, heavy solid object by hand. Of course, he could have melted and then cast the aluminium foil into a perfect sphere but it’s the laborious hand rolling aspect that really makes this work for me. 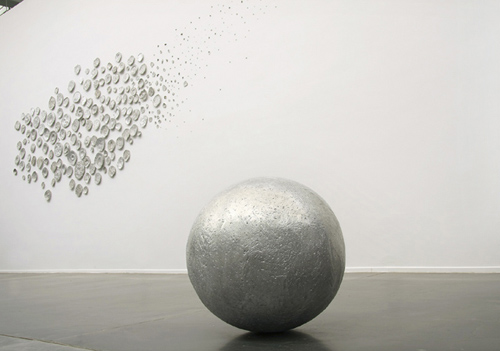 His smaller aluminium wall works were made by rolling foil into balls, melting them and then hitting them with a hammer to flatten them before soldering the hundreds of resulting “fragile but surprisingly heavy” circles to the wall. 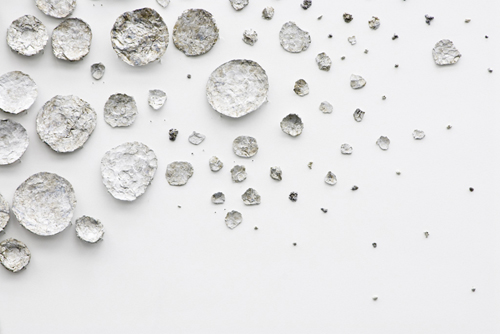 He’s showing at Kate MacGarry from 17th October to 23rd November, I shall have to make an effort to get over to London to see it.