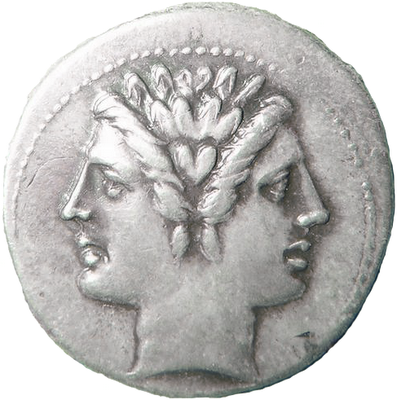 The last post looked backwards at 2008. This one is about looking forward to 2009, with a bit of reflection thrown in for good measure.

Drifting aimlessly is something of a natural condition for me and I can do it for quite disturbingly long periods of time. This can be a good thing; the ability to daydream is one of the sources of my art. However, it’s not good for me to stay in that space for too long, so I’ve always used external deadlines and self-imposed goals to combat that tendency towards feyness.

Last year, I had great difficult setting goals – a reflection of how overwhelmed and burnt out I was. Although I clearly needed the time off, I found I struggled without the structure that goals give me. About halfway through the year, I started making a monthly list of the tasks in addition to my usual weekly lists. However, I discovered that unless things were obviously urgent, they had a tendency to fall off the bottom of my lists and never get done.

I realised that I was mostly being reactive rather than proactive and that’s something I’d like to change this year. Thankfully, I’ve found a new tool that may help. Eliza from the Backyard blog recently plurked enthusiastically about Toodledo, an online task organiser. I tried to resist her siren call because I’m an absolute sucker for organisational systems and I can easily get sucked into endlessly re-organising my lists instead of actually doing any of the things on them!

I’ve tried lots of organisational tools over the years but they often fall by the wayside. I either find that they simply don’t work for me or I start using them with great enthusiasm and then abandon them as being far too much trouble. It’s early days yet but I think that Toodledo may be different – in less than a week, it’s completely embedded itself into my life. I like the fact that it plots things on a calendar and you can easily assign folders, importance and deadlines to tasks plus it’s quick and easy to alter things. It’s nice and visible on my bookmark toolbar (I’m both visually orientated and forgetful – if I can’t see something, it may as well not exist), opens instantly and most crucially, it’s very intuitive. So thanks for that one, Eliza.

1) Finish or frog three unfinished cardigans
I have already started working on one of these – I’m teaching myself how to crochet properly so that I can finish a cardigan that just needs a crocheted border. Two of the three cardigans have been nearly complete for at least two years now so I am determined NOT to have this unfinished knitting still lurking around at the end of this year.

2) Finish decluttering the house
Decluttering became unexpectedly important in the second half of 2008 and it still feels very vital and satisfying.

3) Visit Red in Amsterdam
Another repeat from last year: the current plan is for this to happen sometime in the spring.

4) Get my son through his GCSE exams
I’m clearing my calendar between April to June for this one!

5) Plant a vegetable garden
I’ve made a barter arrangement with a friend to share the produce in exchange for some help with the physical labour. So if I get too sick to garden, it’ll still get done and we’ll have home-grown vegetables – I’m very excited about this.

6) Get chickens
Having ‘get chickens’ as a New Year’s Resolution makes me laugh. Regular readers may recall that chickens were mentioned last year. Well, my family have come round to my way of thinking, so Project Chicken Is Go!

7) Continue to do daily stretches
I’d like to do more regular cardiovascular exercise in 2009 but I haven’t listed it as a goal because it felt too prescriptive. I’m more concerned with maintaining the successful stretching habit that I established in 2008.

10) Start the linen series
Ah, an art thing at last. The linen series has been brewing for a while now and if all goes according to plan, it should be 2009’s major art project.

It was good to re-read what I wrote last January about letting go of ‘shoulds’ when setting goals. Unconsciously, I replicated that attitude when deciding on my 2009 goals – all ten things on the list feel positive to me rather than restrictive or guilt-ridden.