This is a short round-up post because I keep thinking of things that aren’t enough to do a whole post on. Plus it occurred to me that doing regular updates like this might prevent me being quite so perfectionist and therefore slow about my blogging.

Health Shit
Itâ€™s ME/CFS Awareness week and I was going to write something deep and meaningful about it but Iâ€™m still in the midst of the worst crash Iâ€™ve had in several years and I couldn’t be bothered. I’m getting blood tests done to check whether something else is going on because it’s been about a month and I’m not getting any better.

If I had written a post, it would have been about how small your world becomes when you have this illness. How unreliable you feel. How hard it is to plan. And how much grief and loss there is. But I have no spare energy for depressing writing about my depressing illness.

I have ME/CFS. It sucks. Next.

Other people wrote some smart stuff though:
Michael Nobbs
Newly Nerfed
RachelCreative and a moving post from her husband.

Why You Should Listen To Your Mother

So you know that thing your mother told you about not touching plugs or light switches with wet hands in case you electrocute yourself?

Since Iâ€™d managed to get to the age of 42 without this ever happening to me despite not being super cautious about it, I thought it was a bit of an exaggeration but no, it really can happen.

Fortunately it was only a very small electric shock, so Iâ€™m not dead. Which is good because dying whilst preparing baked potatoes would be a bloody stupid way to go.

Iâ€™ve been on a roll with reading lately, mostly because itâ€™s one of the few things – apart from crocheting granny squares – that Iâ€™m able to do at the moment.

If you like crime novels, I thoroughly recommend Ann Cleeves, particularly her stunning Shetland Quartet. I just finished the last book in the series and Iâ€™m still reeling from it. Iâ€™ve also been enjoying Ariana Franklin’s medieval murder mysteries.

If science fiction is more your thing, Kaaron Warrenâ€™s book Walking The Tree is strange but compelling. I also enjoyed both of Eugene Byrne books but particularly Things Unborn, a police procedural set in a Britain where some of the dead have been inexplicably resurrected. 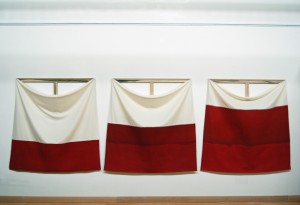 The festival is on until the 23rd May. If you do manage to go, Mills Cafe does lovely soup and very nice cakes.

That Dieting Thing
I’m still doing Slimming World. I’ve only got three pesky pounds to go until I get my Two Stone award but the last two months have been hopeless because I’ve been shilly-shallying and uncommitted. Amazingly enough, the diet doesn’t work if you don’t stick to it! Who knew? But I’m pleased that I’ve maintained my existing weight loss and I’m slowly becoming motivated again, so hopefully this plateau will soon be over.

Chickens
The chickens are well. Thankfully they’ve settled their initial differences and now get along just fine, although Colette is a complete drama queen and kvetches loudly about the slightest little thing. More video soon.

3 thoughts on “A Collection of Random Things”