Like many in the art world, I feel the need to pay tribute to the redoubtable Louise Bourgeois, who died this week aged 98.

Iâ€™m not sure when I first became aware of her work but the first time I saw it in person was at her 1998 solo show in The Serpentine in London. It was such a visceral experience that I had to leave half way through for some fresh air. I had to go and sit on a bench in the park for about half an hour before I could look at the rest of it: Iâ€™d never had such an intense physical reaction to an exhibition before and I was rocked to my core for some time afterwards. 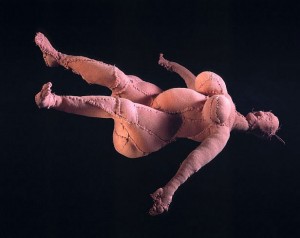 I didnâ€™t always like her work, it could be disturbing in its blobbiness and overt sexuality â€“ she wasnâ€™t always at home to subtlety – but I was rarely unaffected by it. I am particularly fond of her drawings, which have a delightful freshness and lightness of line. 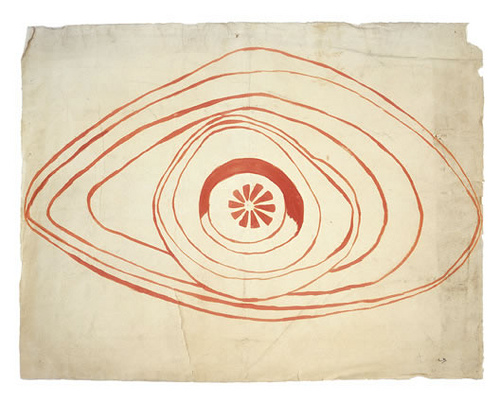 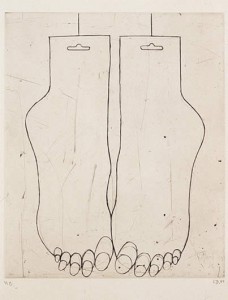 Her uncompromising commitment to her art also inspired. Like all the best artists, she didnâ€™t seem to care what people thought of her work. She had the courage of her convictions: if she wanted to use metal, she used metal, if she wanted to sew scraps of worn pink flannel, she just cracked on and did it. We can all take a lesson from that.

And as someone who didn’t get my art degree until I was in my 30â€™s, Bourgeois has always given me hope that I’m not too old to have a successful art career. I hope I’m still making brave, radical new work when I’m an old age pensioner!

So rock on, Louise â€“ I donâ€™t believe in an afterlife but I hope youâ€™re hanging out with Robert Mapplethorpe somewhere, waving a big penis sculpture at us all and giggling.